Everything comes to us that belongs to us if we create the capacity to receive it.
Rabindranath Tagore

Visiting the Graves of His Parents 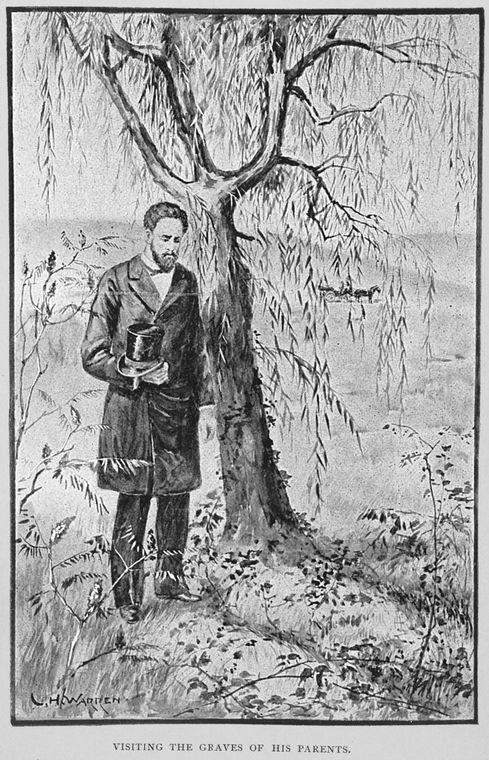 In the normal course of our lives, when we become adults we leave home and begin living our own lives geographically and/or socially separate from our parents. To a certain extent, our relationships with our parents, grandparents, and other family members evolve. The role of members of the older generations becomes one of providing advice and support – emotional and, sometimes, financial. The relationships become more adult-based while at the same time maintaining varying degrees of simplicity, ambivalence, ambiguity, and complication from our childhood. Of course, you might think, “That certainly doesn’t describe my relationship with MY parents! They have never given me any support or advice.” Some people do not have a relationship with their (grand)parents that they hold dear, but deep down they may WISH that they did. The idealized relationships we long to have with our elders can be very important in our mourning, as we shall see later.

For most of us, our assumptive worlds hold that the old die before the young. Therefore, our grandparents are supposed to die before our parents do and they, in turn, are supposed to die before we do. Statistics support this assumption – the most common type of loss for adults is the loss of their parents and grandparents. So, what impacts does the death of our (grand)parents have on us? Obviously, the first is the actual loss of the person(s) in our lives, what I have previously called the primary loss. The second impact, made up of secondary losses, involves what the deceased person represented to us. I want to describe two of those secondary losses: the loss of the relationship and the loss of a generational “buffer.”

The first secondary loss to discuss is the loss of the relationship itself. Before the final parent dies, we are children; afterwards, we are orphans. To some extent, our role and our self-identity change. If there had been a close, loving relationship, the death probably left a painful mark on our heart. The grief work facing us is to find meaning in the life and death of the (grand)parent, learn a new way to related to him/her, and re-learn how to live in the world without that support and advice.

Another secondary loss from the death of a (grand)parent is the loss of a generational “buffer” that separates us from our mortality. As long as we have parents or grandparents, we can easily reason that they must die before we ever will. When that buffer is gone, our own mortality is much harder to ignore and we begin to realize that our time is running out, we are next ones to go. What are we going to do with that that we have left?

What are common reactions to the death of a (grand)parent? Besides the assorted ones you would expect (sadness, shock, numbness, loneliness, etc.), there are others that seem to be associated with (grand)parents. They include, but are not limited to:

Mourning the death of (grand)parents can be a very complicated endeavor! No longer are we able to use our (grand)parents as an excuse to abdicate responsibility for our own lives. Their death has thrust us out into the world where we have to learn to make our own way.