We are not alone. There is always an unseen power working for righteousness.
Olympia Brown 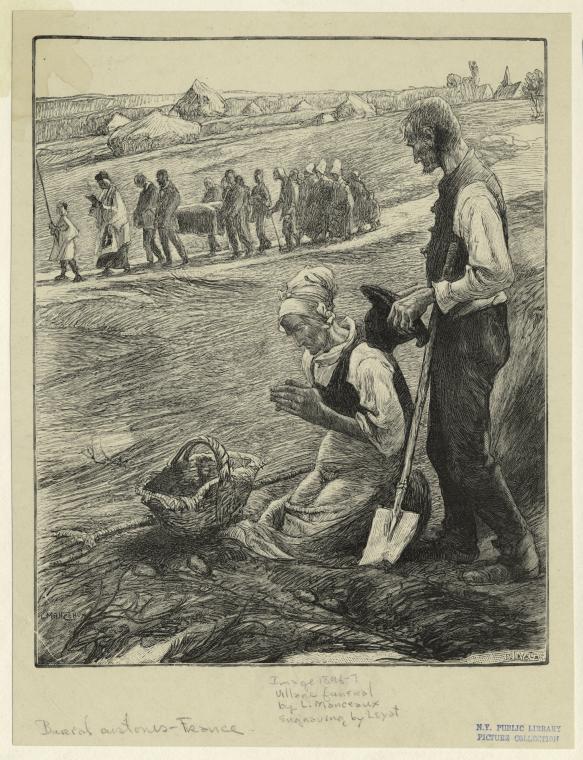 It is a part of human nature that if something is repeated often enough, whether it is true or not, it becomes “Common Knowledge.” For example, most people seem to “know” how you are supposed to grieve – by being emotional, crying, and talking to others about how you feel. In fact, in her book Men and Grief, Carol Staudacher states that “there is only one way to grieve. That way is to go through the core of grief. Only by experiencing the necessary emotional effects of your loved one’s death is it possible for you to eventually resolve the loss.”


Closely tied to this “requirement” for experiencing and expressing emotions is the willingness to reach out to others and accept their help – the implicit basis for the common grief support: a group of people sitting together giving and receiving support while experiencing and expressing their emotions. Since this emotionally-based way of grieving is characteristic of how women grieve, this concept began to be known as the “feminine” way of grieving. Men, on the other hand, are “known” not to express their emotions (except anger) and are not willing to talk about how they feel. Therefore, men must be poor grievers.

Recently, grief researchers and clinicians, led by Terry Martin and Ken Doka, have challenged this necessity for a feminine orientation to proper grieving. They have found no clinical or research evidence to support the notion that an emotionally oriented way of grieving is more or less effective than a non-emotionally oriented way. In addition, they found that those who had experienced a loss and had not been emotional in their grieving were not necessarily suppressing their grief nor functionally impaired.

Grief affects a person in a multitude of ways – emotionally, mentally (cognitively), physically, behaviorally, socially, and spiritually. Martin and Doka recognized that “feminine” grievers are those who are affected most strongly in the emotional realm. They further concluded that “non-feminine” grievers are affected most strongly in the cognitive/physical realms of grief. They classified the “non-feminine” grievers as “masculine.” However, there are men who grieve in an emotional way and women who grieve in a cognitive/physical way. Using labels of “feminine” and “masculine” seemed inappropriate, perpetuated stereotypes, and caused grieving styles to get mixed up with gender. To prevent confusion, Martin and Doka changed the terms to “intuitive” and “instrumental” grievers.

Intuitive grievers are those whom we think of as the traditional grievers. They experience strong affective reactions to their loss. They describe themselves as being overwhelmed by sadness, feeling extremely helpless, overcome by guilt, etc. Grief is expressed in ways that reflect their strong inner states. They are the ones who say they get the most help by talking with others, both in groups and in individual counseling. Later in their mourning, they are the ones others become impatient with if they are still exhibiting their strong emotional reactions.

Instrumental grievers are those who experience their grief in the cognitive and/or physical realms. Early in their mourning, others typically judge them as not caring for the deceased since they show little outward emotion. However, they approach their grief by thinking about the loss, perhaps to exhaustion. They are the problem solvers, decision makers, organizers, planners, and doers. For example, they are the ones who may want to actively participate in the funeral preparation and rituals.

The two styles of grieving lie on two ends of a continuum, with most people falling somewhere in between the two extremes. At any point in time, a person may be predominately instrumental with some intuitive characteristics or vice versa. The important thing to remember is that neither an instrumental nor an intuitive style of grieving is better than the other is – they both just are.

Problems can arise within a person if he/she is by internally experiencing grief in one style, but for some reason, is forced to express that grief in the other style. The term for a person in this situation is dissonant griever. The most common example is an intuitive griever that, because of his/her role, culture, etc., has to “be strong” and act as an instrumental griever. These people need a safe place so they have the freedom to express their grief in the way they are actually experiencing it.

What influences where someone falls on the grieving styles continuum? Even though the use of the terms “feminine” and “masculine” is no longer appropriate, there is a gender bias. Males are typically more instrumental and women are typically more intuitive. Culture also has a major affect on where someone falls on the continuum. For example, some southern European cultures are more emotionally expressive while some northern European cultures are more stoic. Another determinant is individual temperament. Some people are naturally born more emotional and others are not. A person’s life experiences can also have an impact. Young children who are forced to take on heavy responsibilities early in life and have to become early problem solvers have a tendency to lean more toward the instrumental end. Finally, as people age, they seem to migrate from the ends of the continuum toward the middle.