When I count my blessings, I count you twice.
Irish Proverb

A new and accurat map of the world ... 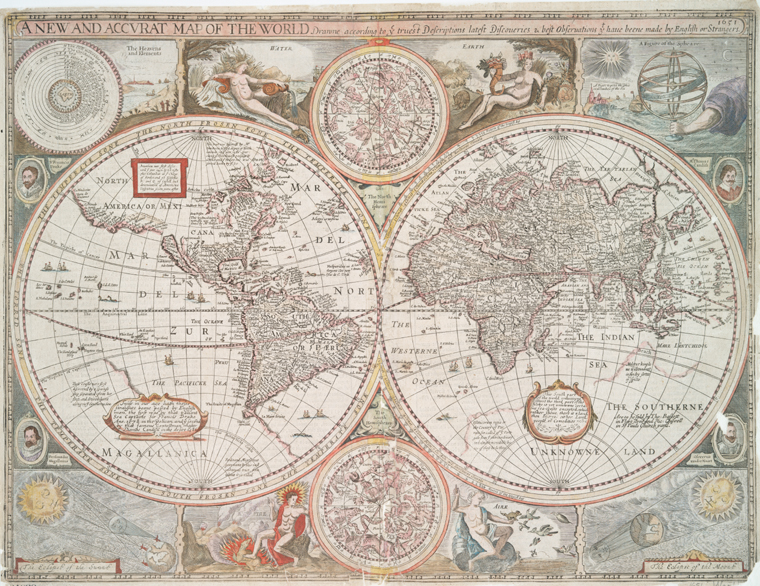 From the time we are infants, we observe, experience, and learn about the world around us. From these observations and experiences, we form our own particular set of assumptions and beliefs about ourselves, the external world in general, and our relationship to that world. These assumptions, some of which we consciously know and others that become part of our core being, last into our adult lives sheltering our souls. Even if we do not consciously believe it, three premises form the foundation of how we see the world: the world is good, life has meaning, and I am a worthy person.


The World is Good

What underlies this premise is that the world is a relatively safe place. People are good, all things happen for the good, and there is a future with hope. If something bad does happen, there are powers that protect me (God, laws, police, governments, etc.). In other words, “God is in His heaven and all is right with the world.”

Life and the World Have Meaning

This premise acknowledges a relationship between me and what happens to me. Part of this relationship recognizes that quality of life called “justice.” Good, moral, decent people deserve to have good things happen to them, but those who are bad, immoral, and corrupt people deserve any misfortune they receive. A world of meaning also suggests that there is some “control” in what happens in the world. Either we control or an ultimate power (e.g., God) controls things so that everything comes out the way it should. Justice and control supports the idea that the world is orderly and can be comprehended. Life events are not random or absurd.

I am a Worthy Person

The final premise relates to the concept that I am a good, decent, and moral person who deserves having good things happen to me. I am a whole, knowledgeable person who can perceive dangers and act appropriately.

So, what happens when adversity that is inconsistent with our assumptive world occurs in our lives? If it is not traumatic, we make gradual changes to our beliefs and/or reinterpret the meaning of the adversity so that our beliefs and assumptions do not have to be radically altered. We adapt and learn to live in the “real world.”

However, if the event is traumatic, such as the death of a loved one, the impact can be more than we can handle and our assumptive world is shattered. None of the ways we have adapted in the past can handle what we are now experiencing. We come face-to-face with questions that are so hard, if not impossible, to answer: “Why did this happen to me?” “He (I?) didn’t deserve this!” “It’s not fair!” In order to maintain our firm belief that the world still is benevolent and has meaning, we may even wrongly turn on ourselves and sacrifice our feelings of being a worthy person in an attempt to explain what happened. “I must have done something bad so it’s all my fault, if only I had …” “I should have realized this might happen and done something.” “I could have prevented this if I’d …” “God must be punishing me.”

My opinion is that the challenge of revising our assumptions and beliefs, and creating a new assumptive world is the fundamental challenge of mourning. We grieve the loss of our loved one. We grieve all of the secondary losses. However, we seldom mention the third major area of grief – we grieve for ourselves and the world we assumed exists. After a traumatic loss, we are forced to confront the essence of who we are, what our place in the world is, what our lives are to be, and what it means to be alive. I believe this is the transformative power of mourning. We strive to make sense out of what happened and to learn what we can from the experience.

I have a client whose husband died suddenly from a massive heart attack at home. They had been married for about 30 years, since they were teenagers. Over those years together, she had maintained a belief that they would always be together, in spite of his weak heart. When she arrived home and found him dead on the floor, she was naturally devastated and traumatized. She has been my client for over two years and I asked her recently what she had learned about herself over this time. Without hesitation, she said, “I have learned that I will survive.” This was a profound statement from someone who had always depended on others for her emotional well-being.

I had another client who was a recovering alcoholic. Near the end of his counseling, I asked him what gift he had been given by the death of his wife. He responded that by her dying, she had given him his life back. Her death caused him finally to go into recovery and get help before alcohol could eventually kill him.

These examples of meaning making are only two of many. Yes, they both greatly mourned their lost spouse, the related secondary losses, and the loss of their personal assumptive world. However, in the process they also found personal meaning in the death and were transformed. They are, as the cliché says, “sadder, but wiser.”